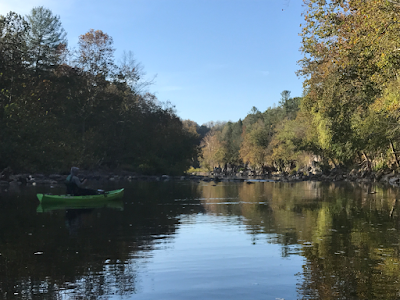 Bostic and I floated on this cool fall morning from Fort Springs down to Stewart's about 2 miles above Alderson. This is a section of the Greenbrier I have yet to float. It was a great section with some quick shoots and deep pools. The waters was so low and clear that it made the fish spooky and hard to come by. We did manage a few but nothing bigger than say 12 inches.
Miles floated = 5
Total Fish = 10
Biggest fish = 11.75"
Biggest five fish = 53.25"
Minutes per fish = 30
Posted by MAD APOTHECARY 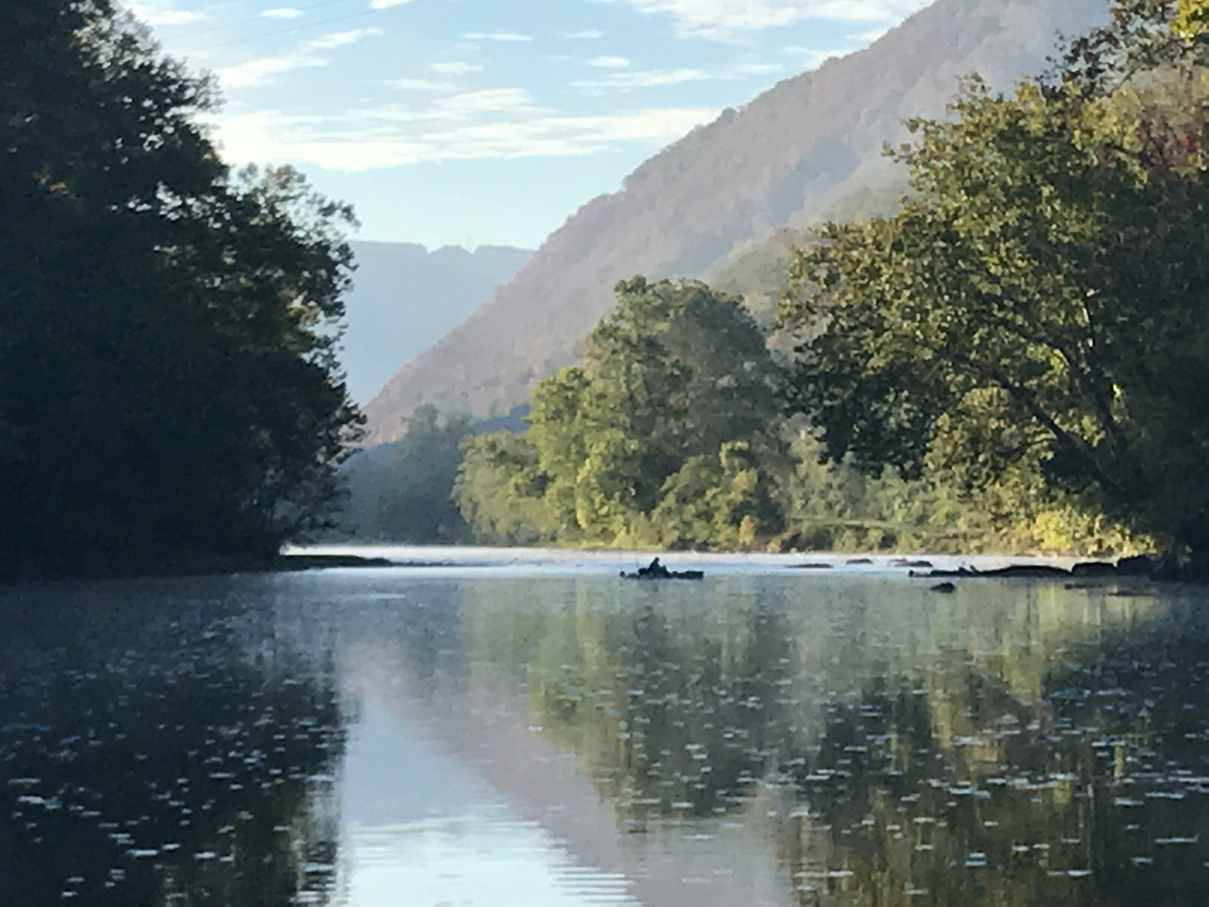 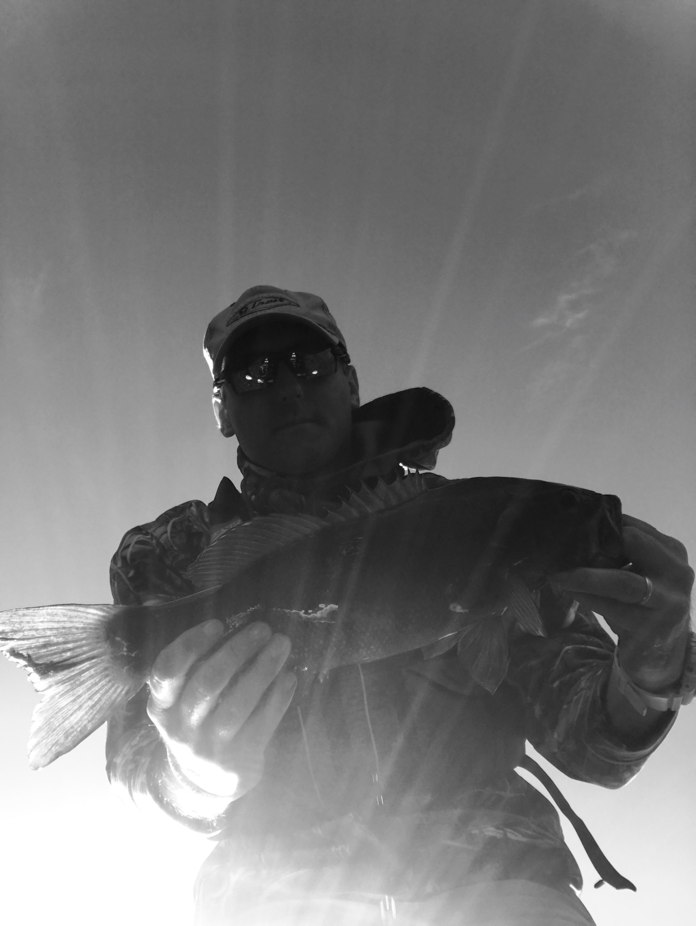 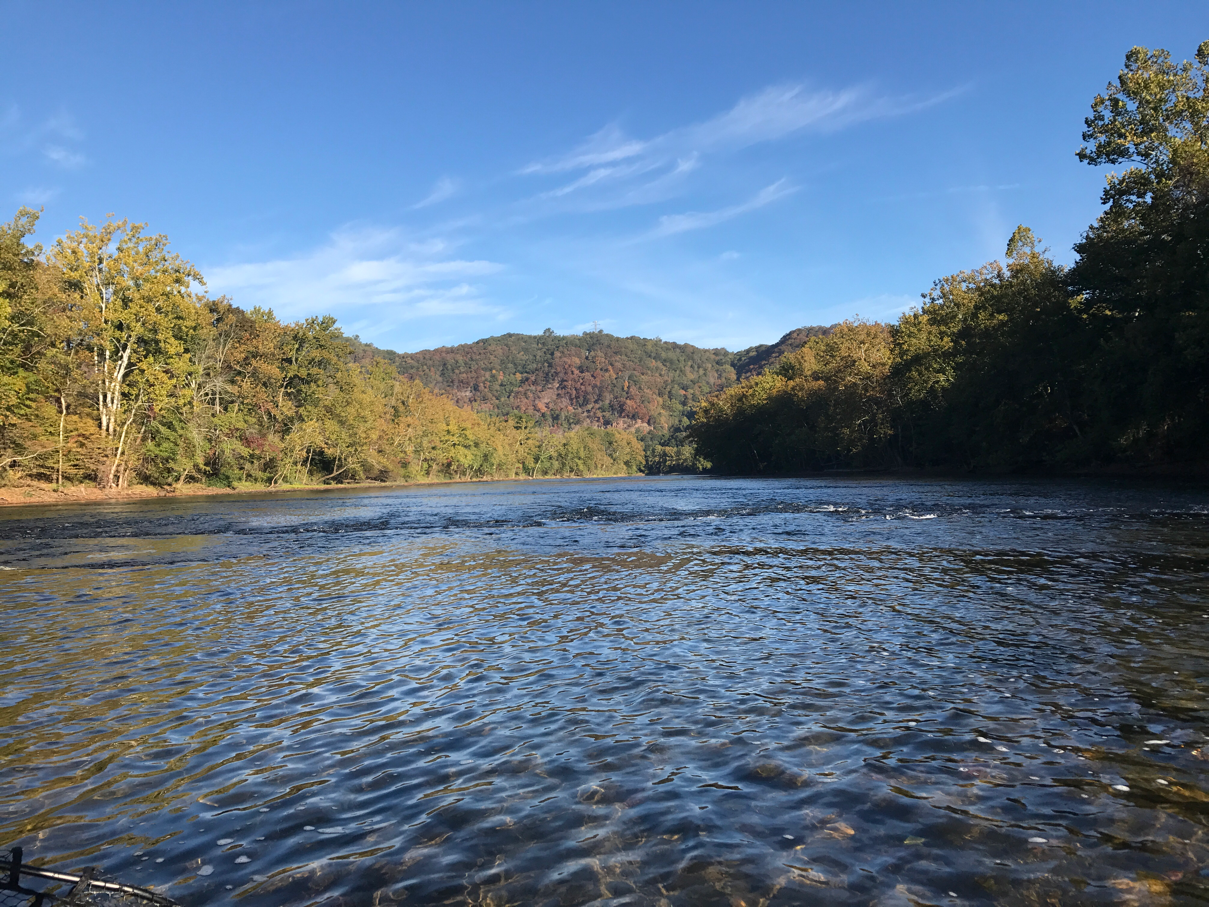 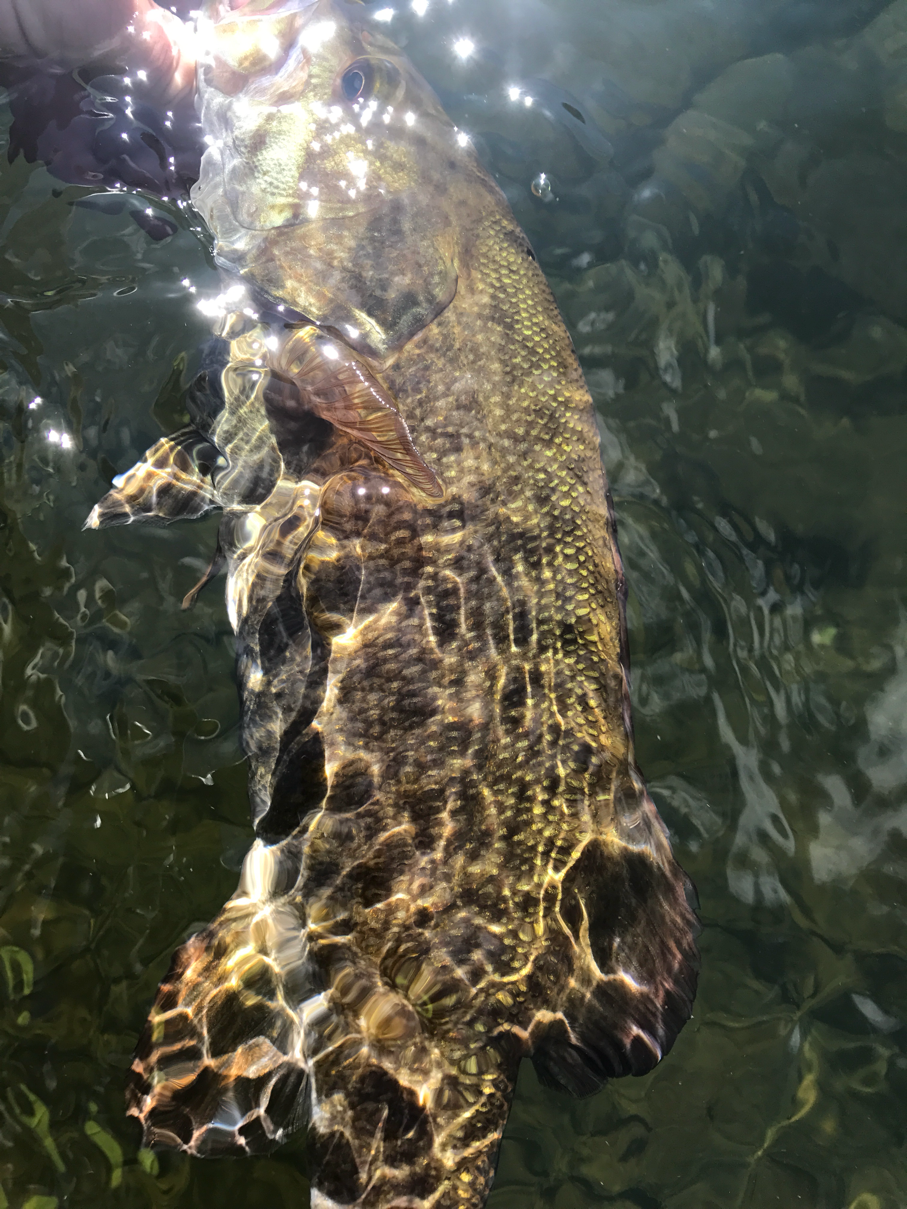 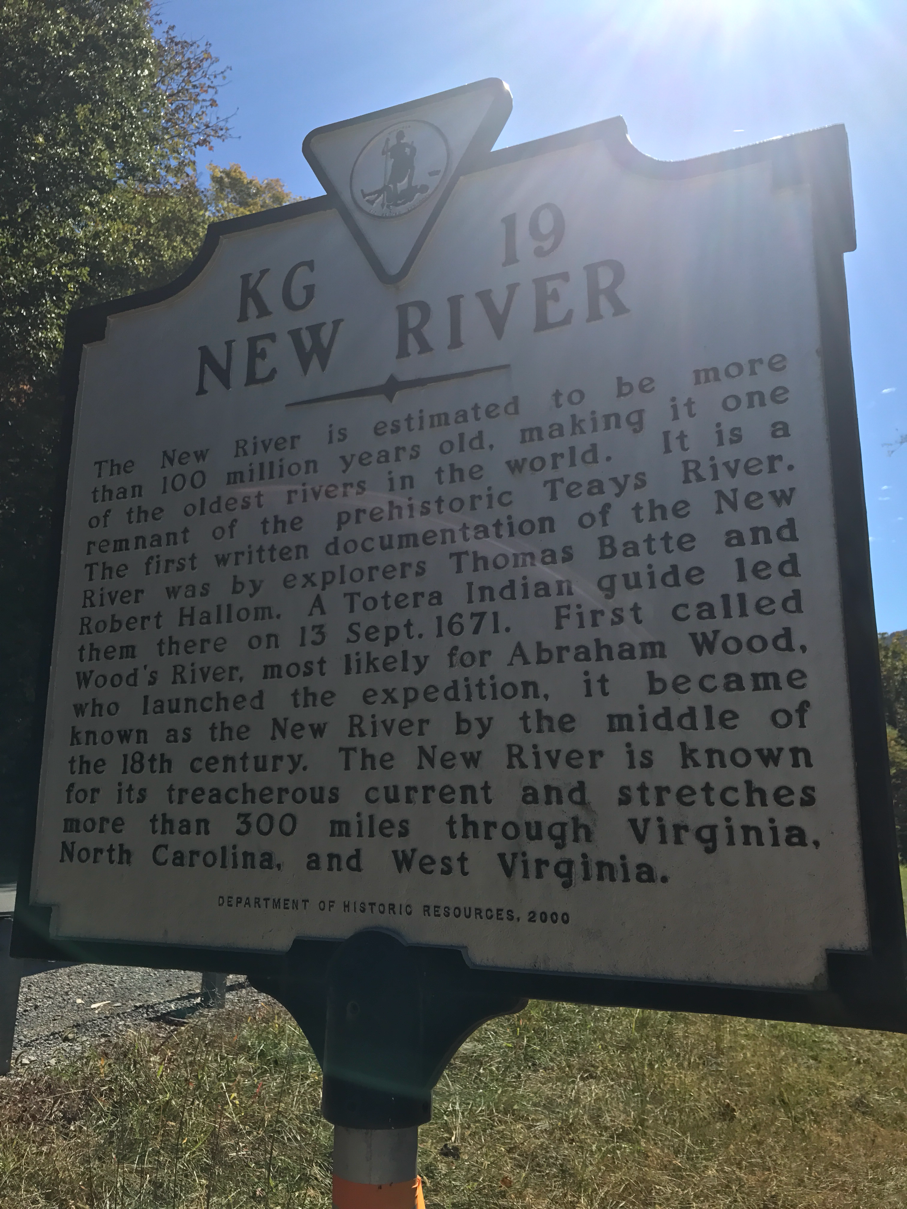 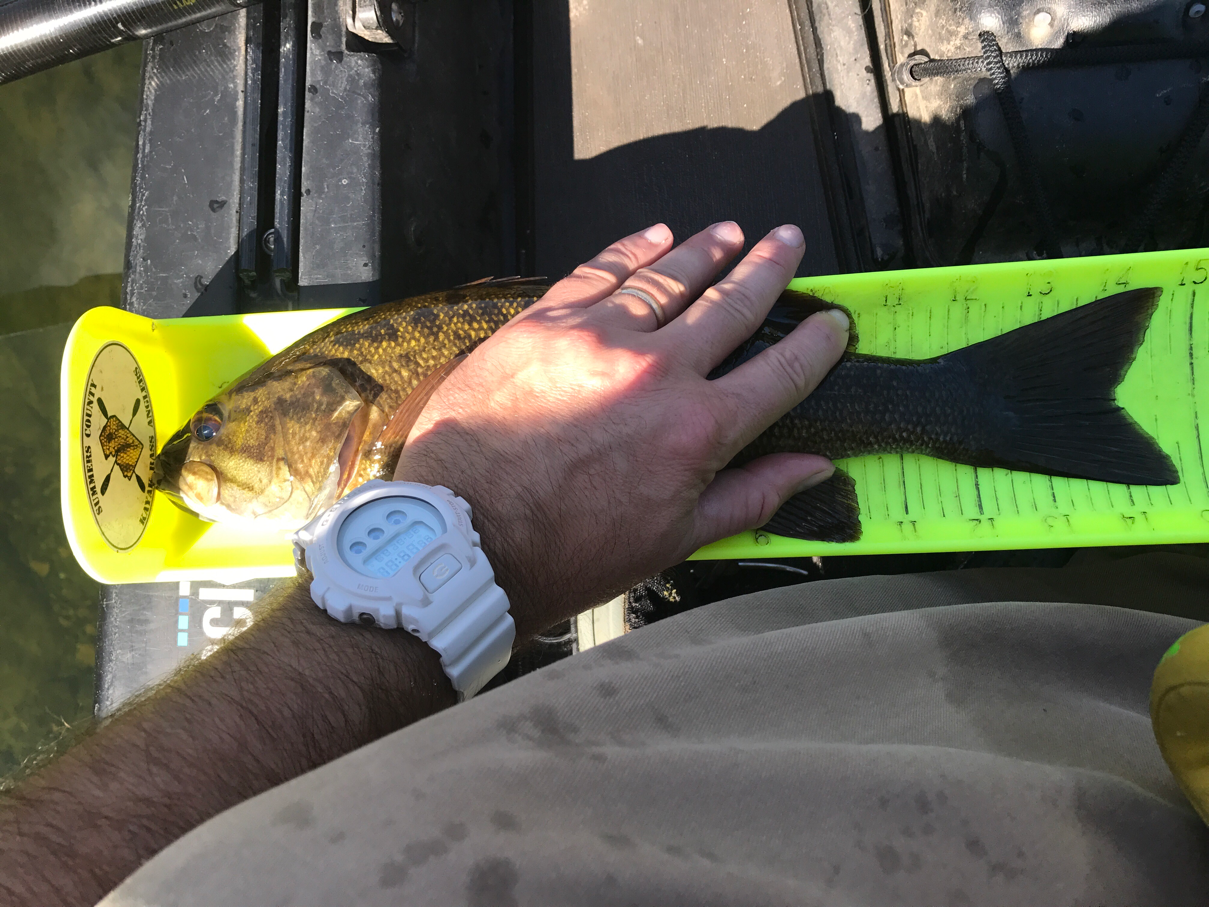 We have not had any rain at all in the entire month of September. Now the net result is that the New river is lower and clearer than I have ever seen it. A float down the river is like a trip tot the aquarium. Today I saw a half dozen catfish, tons of smallmouth, and even two muskies (one of which was a monster in the high 40" range seen in the picture). Today being my first not online tournament and non tournament prep day in long time. I experimented with different hook types and fluke types with no usable results. Finally I switched back to my standby and started really catching fish. The magic combination is nearly impossible to beat. I caught and 18" small in shallow push water and hooked and lost a bigger one to a breakoff, second one in as many weeks and only my second this year although the first one could have been a musky. We did the Narrows to Glenn Lynn section. It was just me and Greg on this day. Greg worked the Ned rig and flukes but the Ned rig was a little off and produced only smaller fish on this day. Once the fog burned off and it got clear the bite got tougher. I did have the big musky in the picture chase my fluke right out in front of Greg's yak. That was a memorable experience. You don't see freshwater fish that big just everyday.
Miles floated = 5.5
Total fish = 16
Biggest fish = 18.25"
Biggest five fish = 69"
Minutes per fish = 18.75 (spent a lot of the day experimenting) 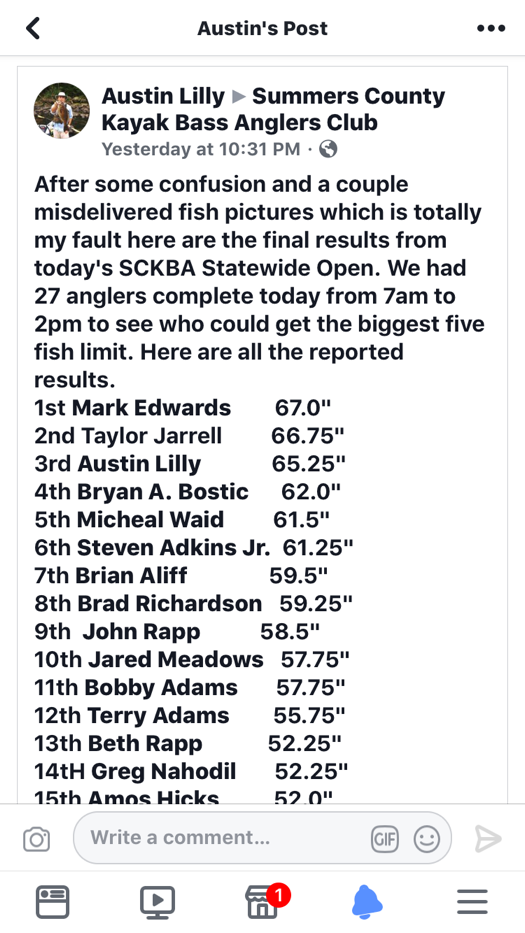 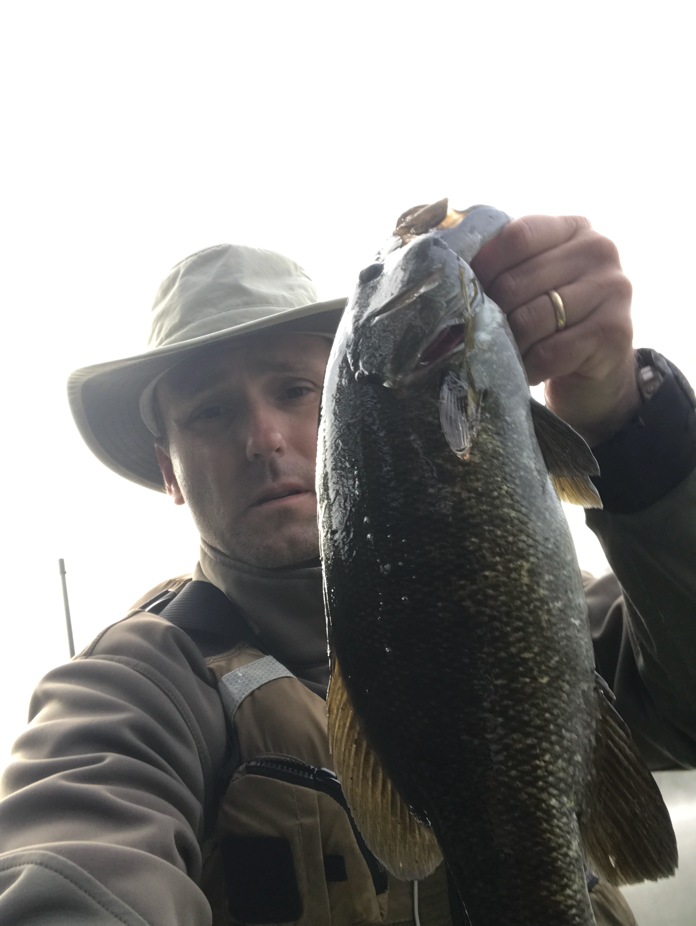 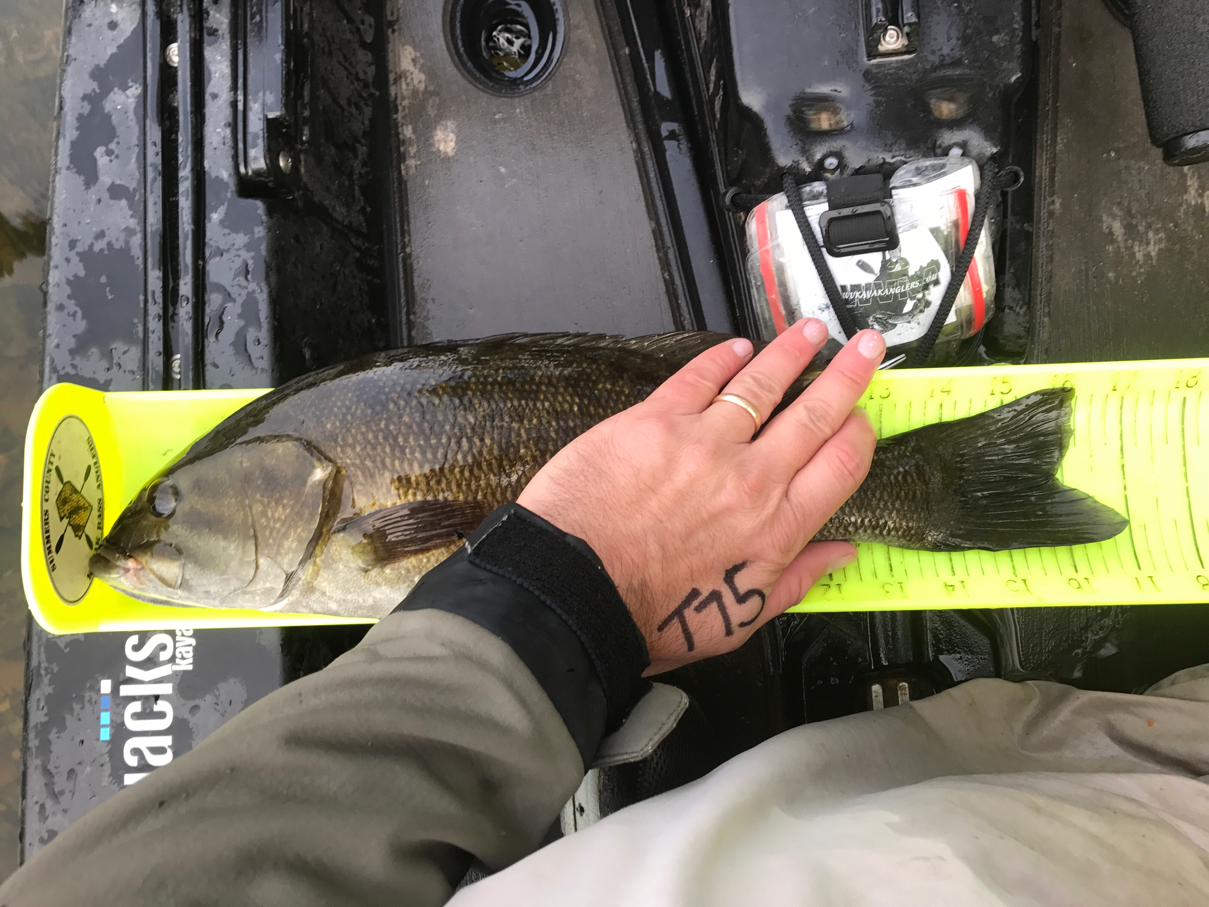 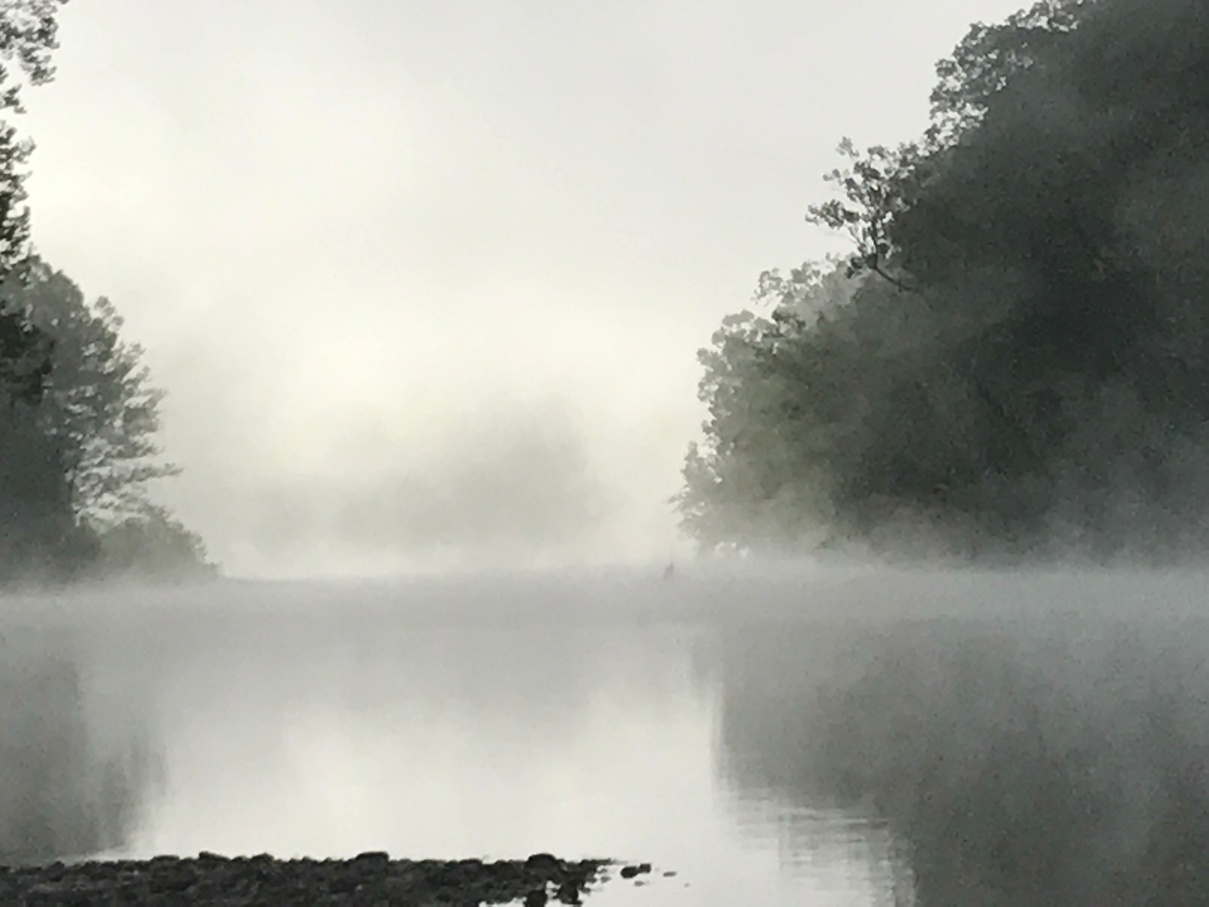 We had 27 anglers compete in the SCKBA Statewide open today. Anglers could fish anywhere in WV that is public water. I originally planned on going from Brooks to Sandstone but that was starting to sound like a who's who of kayak angling. With so many anglers going there I went to Shanklin's with Greg and Jared instead. The low super clear water is starting to wear on me. Fish see you get out of the car and immediately go hide. The first 3 hours with the fog were pretty good but once the sun got going and the wind kicked up to 20mph it got all but impossible to fish. I landed some descent fish early on my fluke and then lost one that ultimately would have moved me up from 3rd place to 2nd place. I ended up 3rd and did enough in the WVKA September online to move up into 6th place and capture the WVKA Angler of the Year title, which was my main goal heading into today. Shanklin's once again was pretty good to me early then not so much after 10:30am or so. Mark Edwards won todays event by fishing Bluestone lake. Because we were more time compressed than usual we only floated upper Shanklin's to the lower campground.
Miles floated= 3.5
Total fish Caught = 16
Minutes per fish = 18.75 (Good early in the fog then a real challenge after)
Biggest fish = 16.75"
Best five fish = 65.25"
Finish- 3rd out of 27 anglers.
This will be my final kayak tournament for the 2017 season. My final head to head record in WV based events is 405 wins and 16 loses (96.05 win percentage). My final 2017 season long campaign record is 696 wins and 80 loses (88.5% win percentage) This number includes the KBF National Championship at Kentucky Lake in March as well as my WV based events. . Greg and I won WVKA 2 man team of the year, I captured WVKA Angler of the year, and currently I am in good standing to win SCKBA Angler of the year pending a final tournament that I have to work during. Going into this season I had yet to win a kayak tournament. This season truly has been my dream season. I don't know that any other season could live up to this one. 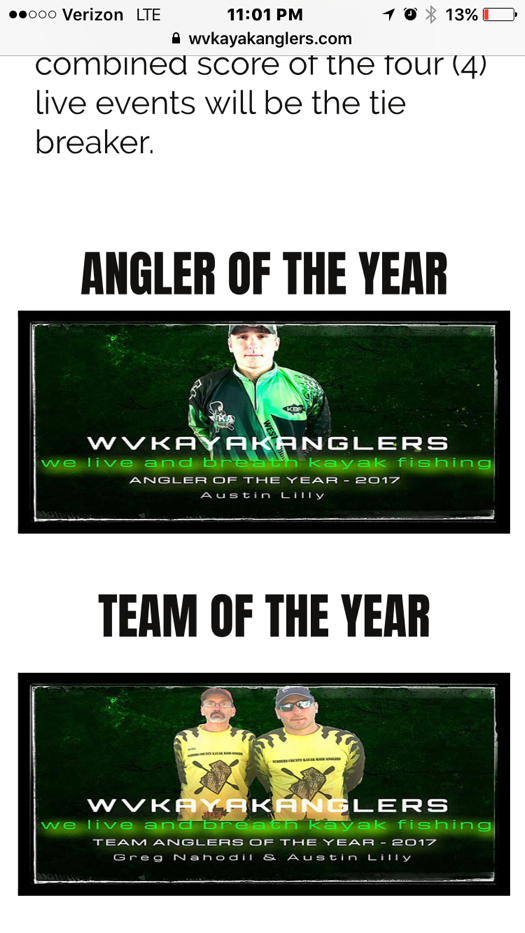 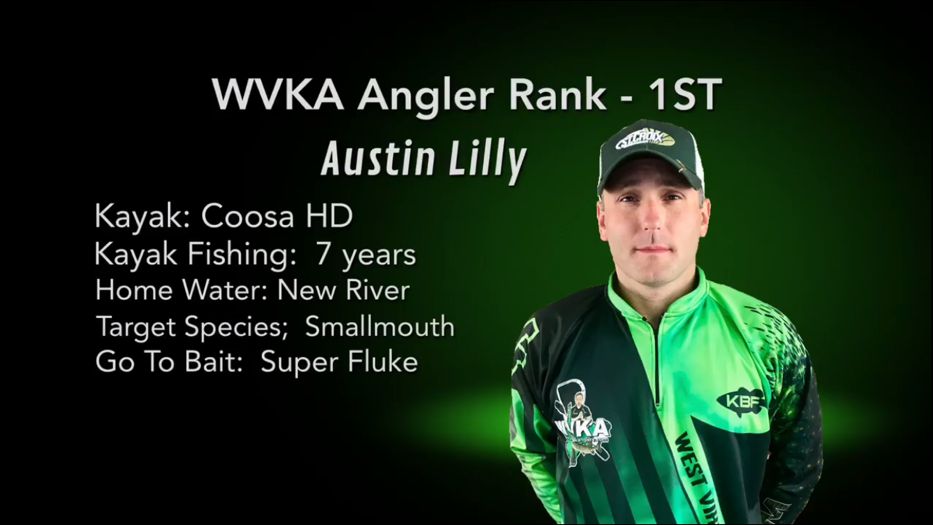