THE LAST FEBUARY HAS TO OFFER 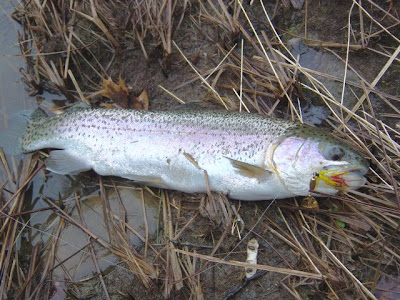 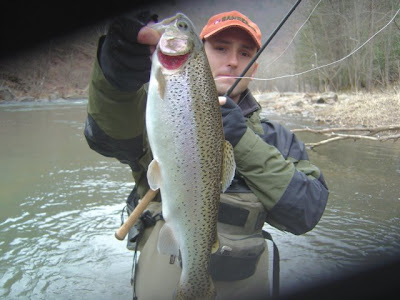 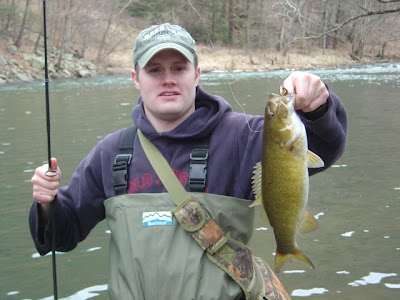 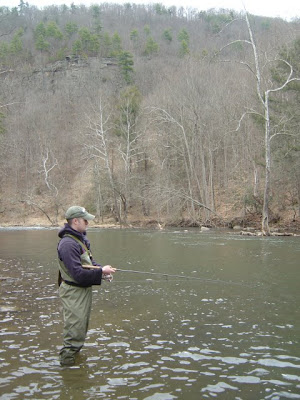 Brad and I headed out on the last day of February. It was cloudy, in low 40's, and there was some wind dragging in more snow. The water was up a little with some stain which made for ideal fishing conditions. We threw gold in-line elites, Mickey Finn and one of Brad's custom patterns. I caught 4 rainbows had 3 more bites and another 3 or so give chase. Brad caught 2 rainbows and a 16 inch smallmouth,his first of 2009Despite the extremely cold water catching a smallmouth gives hope of whats to come in 6 weeks or so.
Posted by MAD APOTHECARY 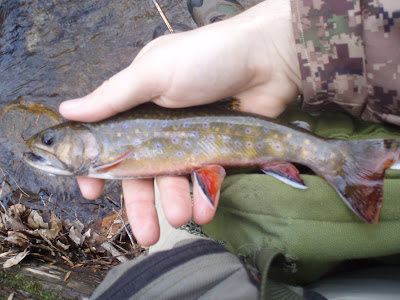 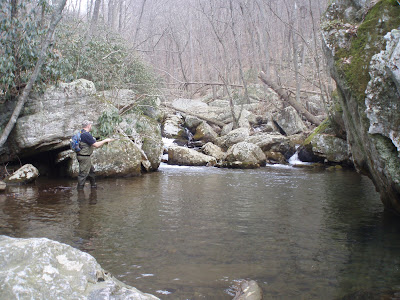 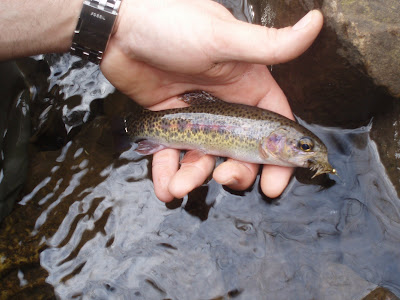 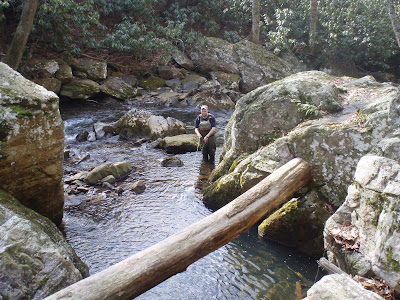 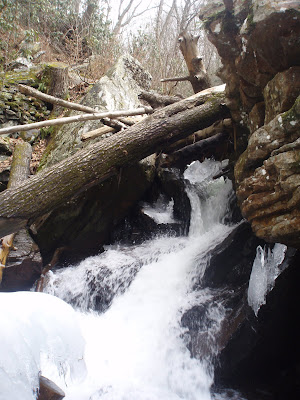 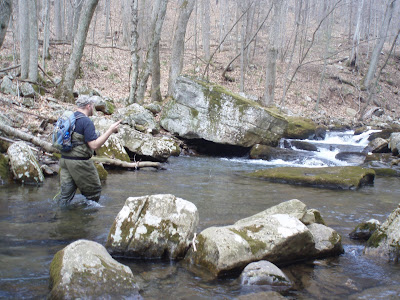 Ben & I left Hinton around 9am with Virginia Licenses in hand and headed over to Little Stony Creek. It was the kind of day in February that you only dream of. Sunshine, 65 degrees, no wind and the day off. Despite the warm air the water was only 38 degrees and the creek parts that still had shade on them still had massive ice caps. Because the water was so cold the trout were not real aggressive. Ben used one of his custom fly rods with a green wolly buger and I through trout magnets on an ultra light. I tried small spinners for awhile but the fish weren't having it. The stream itself was gorgeous and had a lot of character. It's a nice place to know about especially since it's only 40 minutes from the house. We each caught both wild rainbows as well as native brooks. I caught 4 and lost 3 more and Ben caught at least twice that amount. It was a real nice day to be out and about especially for February.
Posted by MAD APOTHECARY

Febuary 1st "Too Cold To Fish" 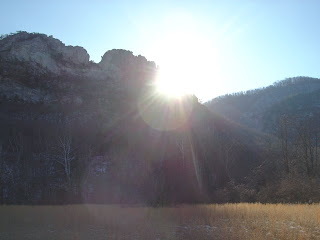 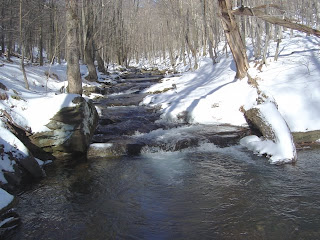 While in Petersburg for my father-in-law's retirement party I decided to attempt
some cold weather trout fishing. It was a Saturday morning and I had to get out and about to combat the cabin fever. I started off at 8:30am a Seneca rocks, North Fork of South Branch catch and release. When I got there it was 19 degrees with 15mph wind. There were more ice chunks than open water. They had stocked some smaller early season rainbows the Thursday before. I tried breaking ice and fishing some but with the river being in the shade of the rocks it was just no use that early in the day. After 20 or so casts my spinner was frozen solid, just like you had placed in in an ice cube. I'm talking ice formed of the hooks, hair frozen straight, and blade won't turn because it's one solid ice chunk. To give you an idea of how dedicated the people of the Potomac highlands are to trout fishing I saw 5 other fishermen, I mean morons,that morning on the stream uselessly beating up ice chunks. I headed back to truck and decided to go try some native trout fishing at Aleshia's grandpa's. I figured that the fast moving water wouldn't be frozen up as bad. When I got there it wasn't frozen but there was snow drifts everywhere. The base of Dolly Sods/Mt. Storm is not a real warm place to be in the winter. I was able to catch some trout on trout magnets though. They seemed to like white dead sticked on the bottom the best. The water was low and gin clear so the fish were very spooky. My camera ran out of batteries, mainly because I forgot to charge it before hand, half way through my trip. In 2 hours of fishing on the Lunice I caught 13 brookies between 4 and 10 inches. Actually only 2 where in the 9 to 10 inch range. I hooked and lost a half dozen more. By the time I left I thought I was going to freeze to death. I have always wondered how cold is too cold to fish and now I know it's exactly 19 degree plus or minus wind chill. Next time the temps in the teens and I think about going fishing I'm staying home.
Posted by MAD APOTHECARY