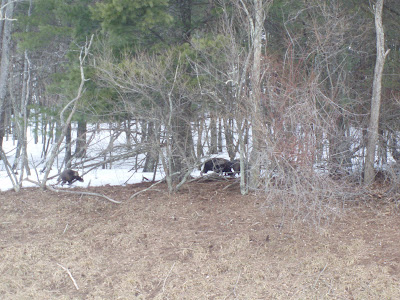 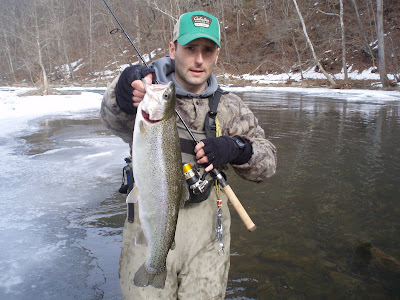 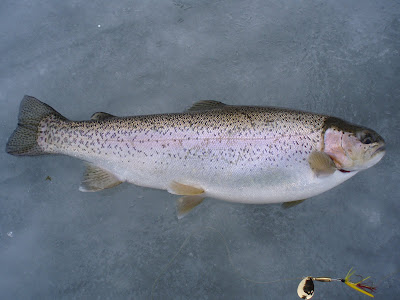 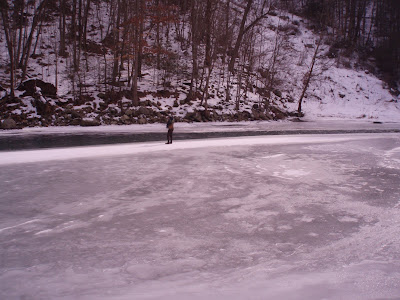 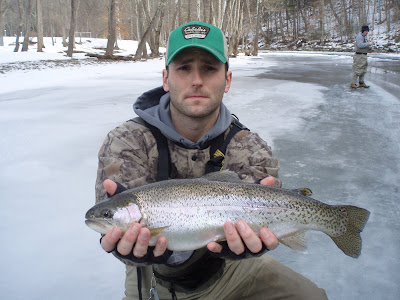 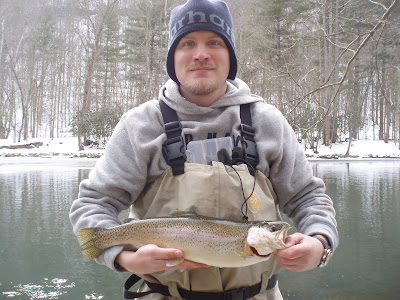 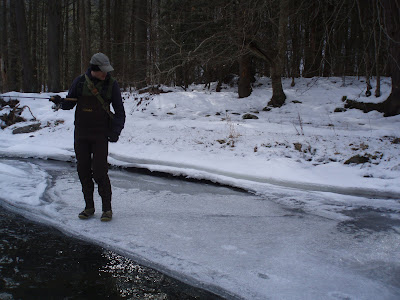 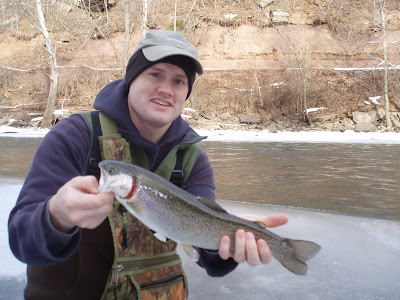 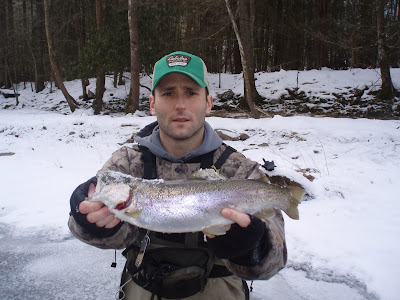 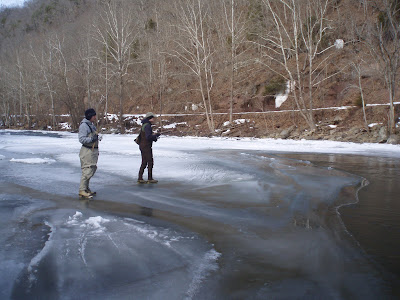 In my first outing since the "Deep Freeze" set in a month ago Brad, Brian, and I set out for some trout fishing. The air temp this day was in the upper 40's, which is 20 degrees higher than it had been the last month. We had to hike in through 12 to 15 inch snow drifts. Going into the trip I knew we would have to deal with some ice. But I had no idea we were looking at 4 and 5 inch thick ice that you could stand on or that 60% if the river covered by ice. I mean ice so thick we were sometimes standing on it in the middle of the river with no problem. It will take super high temps or high water to break this stuff up. But despite these conditions we fished around, moved about and caught fish where we could by going out on ice to fish the water that was open. It started off slow, we only caught 7 fish before noon. But after lunch things went wide open. We ended up landing 46 total fish and at least 4 fish over 2.5lbs. I caught 23, Brad 13, and Brian 10. We all had a great time. We saw a red tail hawk, some turkeys, piles of deer, and one fat otter that the DNR had transplanted.
Posted by MAD APOTHECARY

I along with Ben's father-in-law were invited to go on a week 2 deer drive at War Ridge by Ben & Danny Helms. It was cold and we each spent a couple of hours in box stands followed by doing some driving. Ben's father-in-law killed a spike in the fields from a box stand about and hour in and I could have shot a yearling doe that Danny drove out to me. I decided not to because I had already killed a doe and I she looked a little on the small side. But we had a good time, good hunt, and I enjoyed the company.
Posted by MAD APOTHECARY