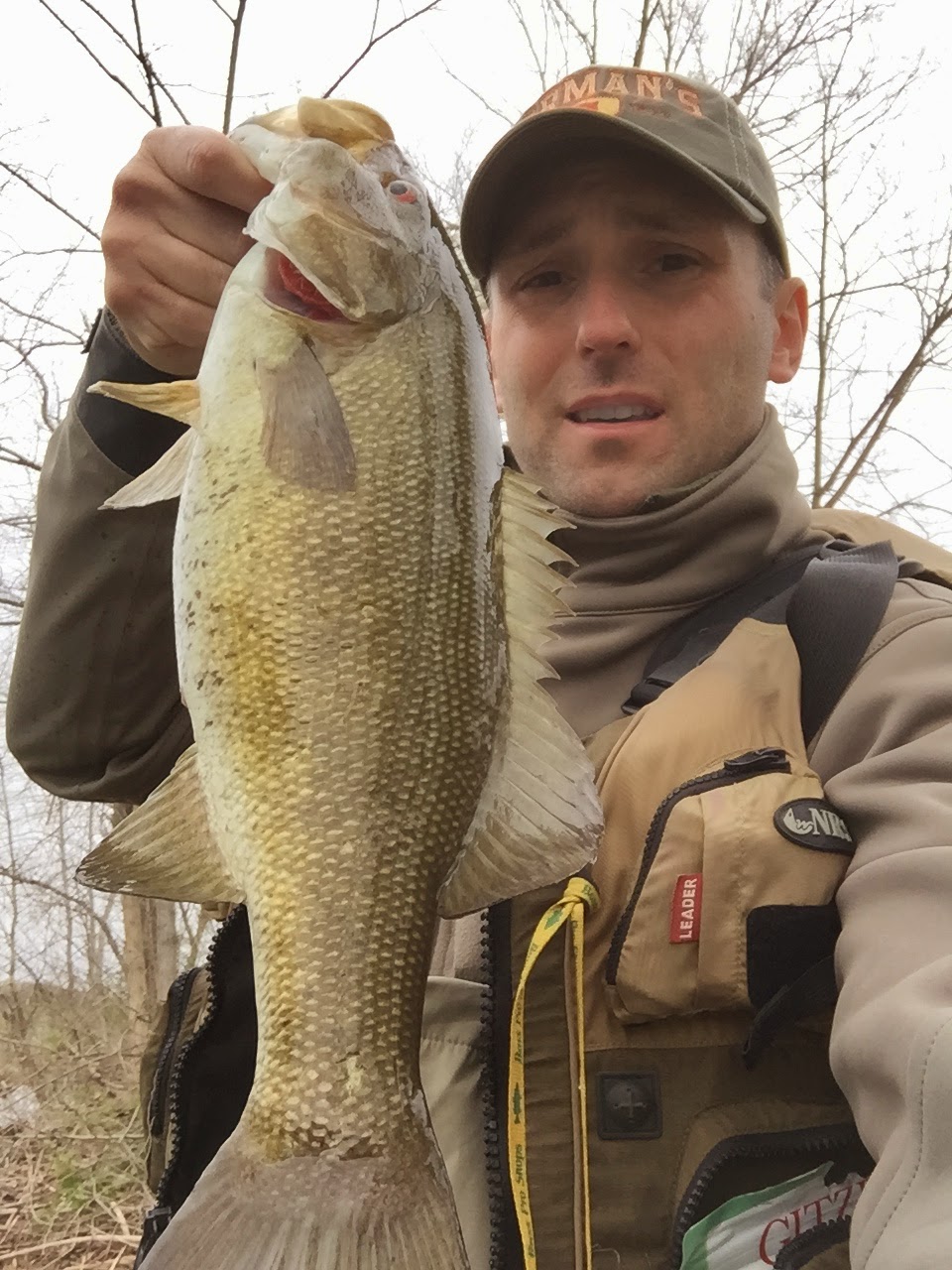 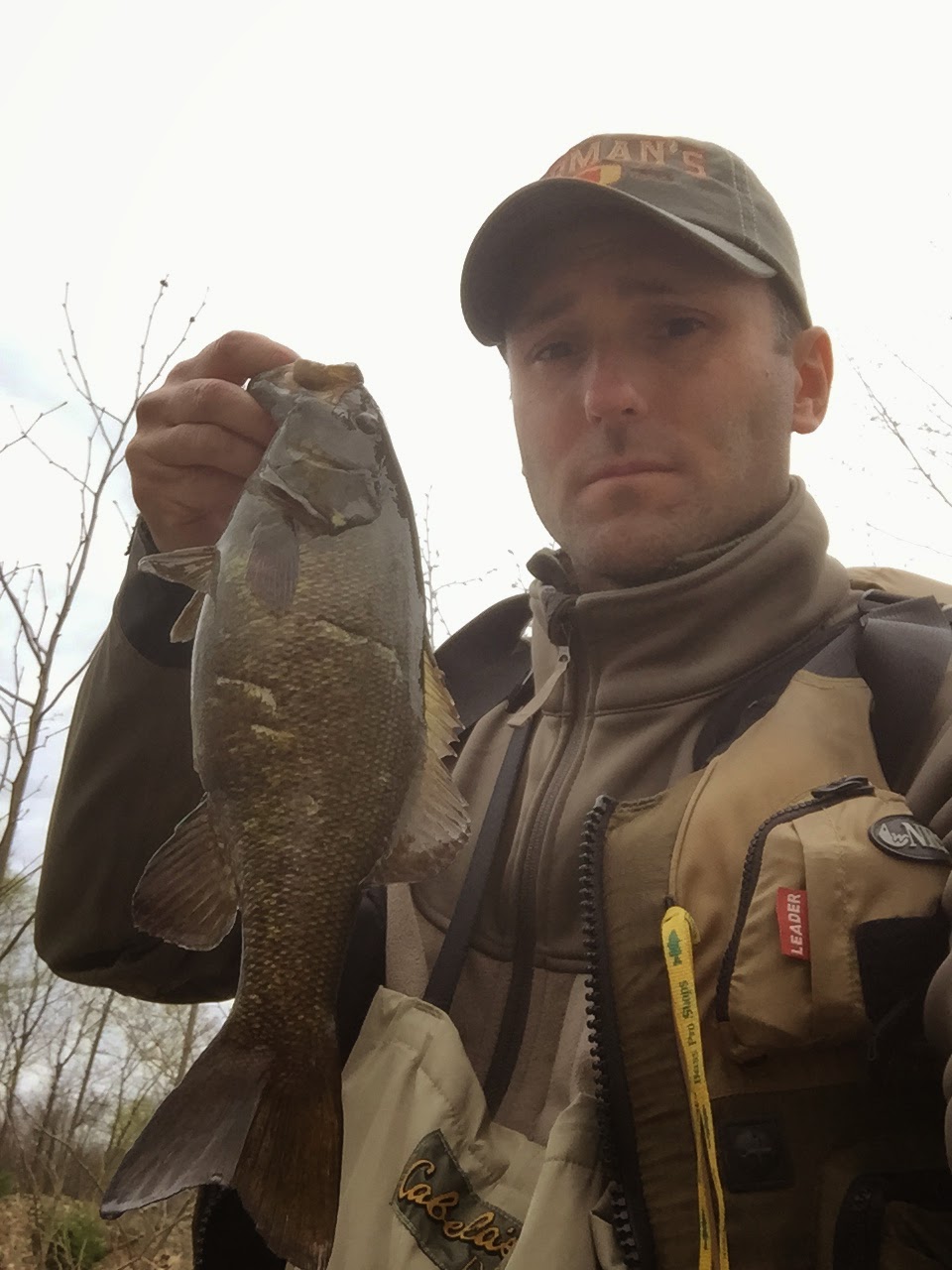 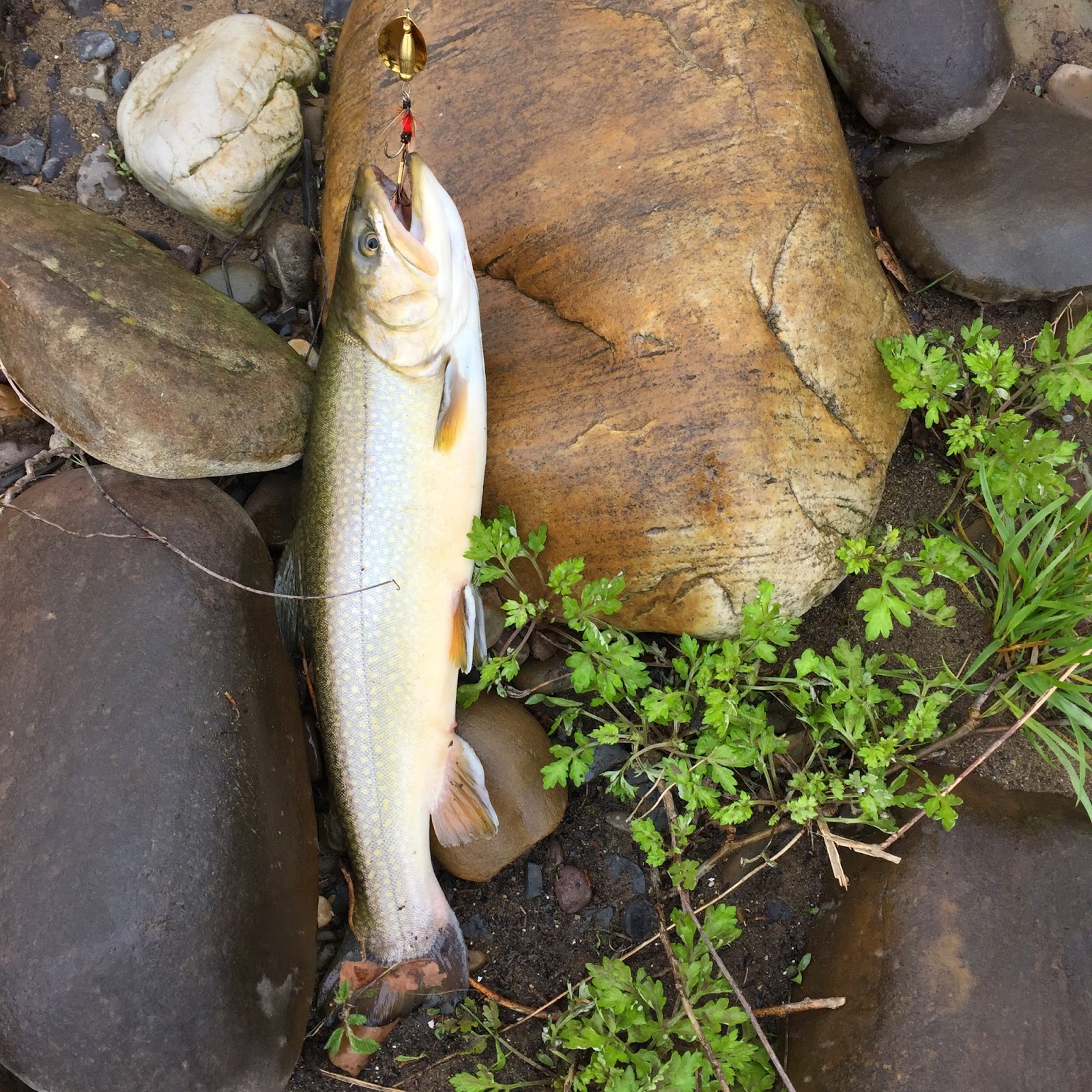 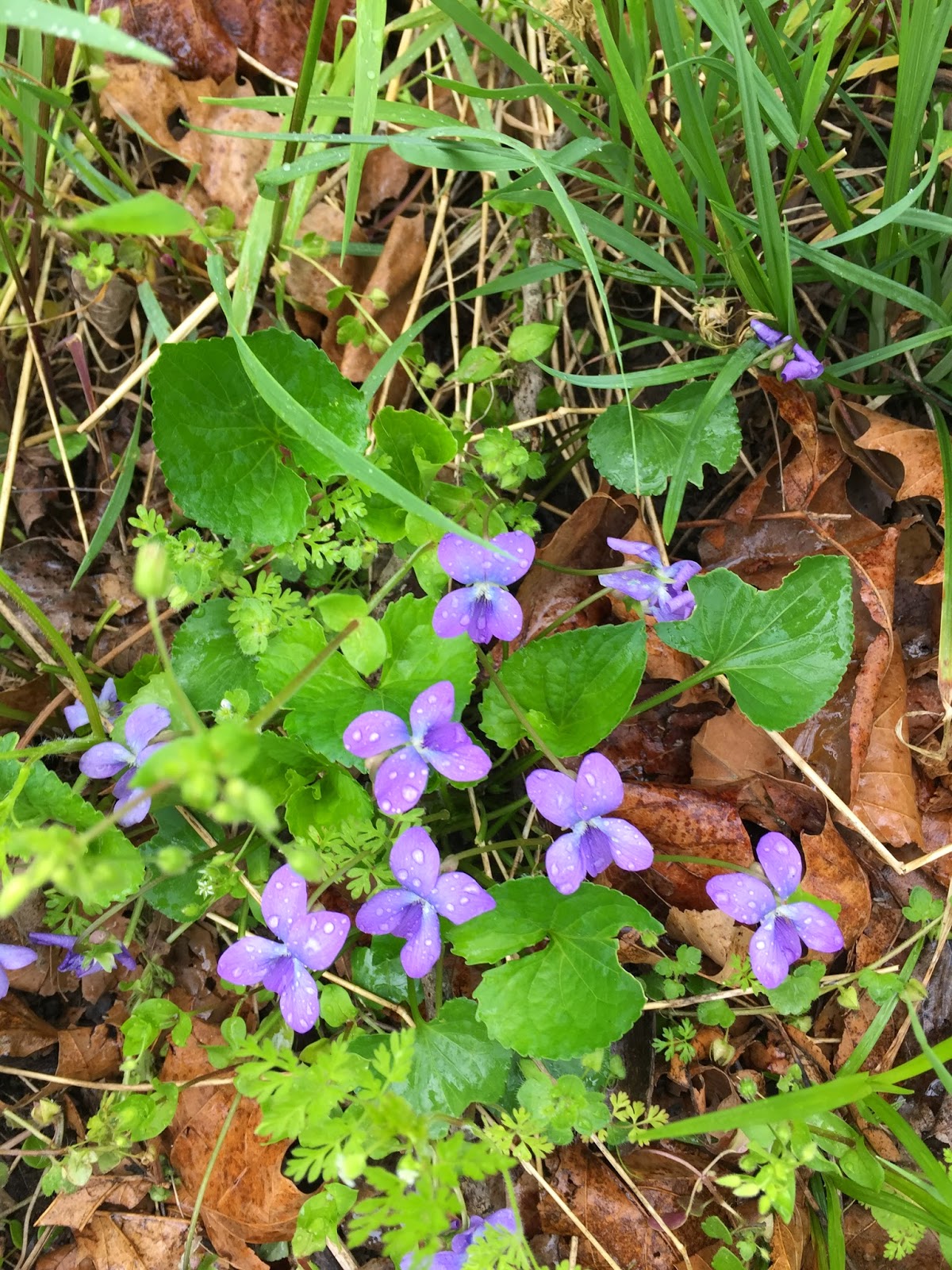 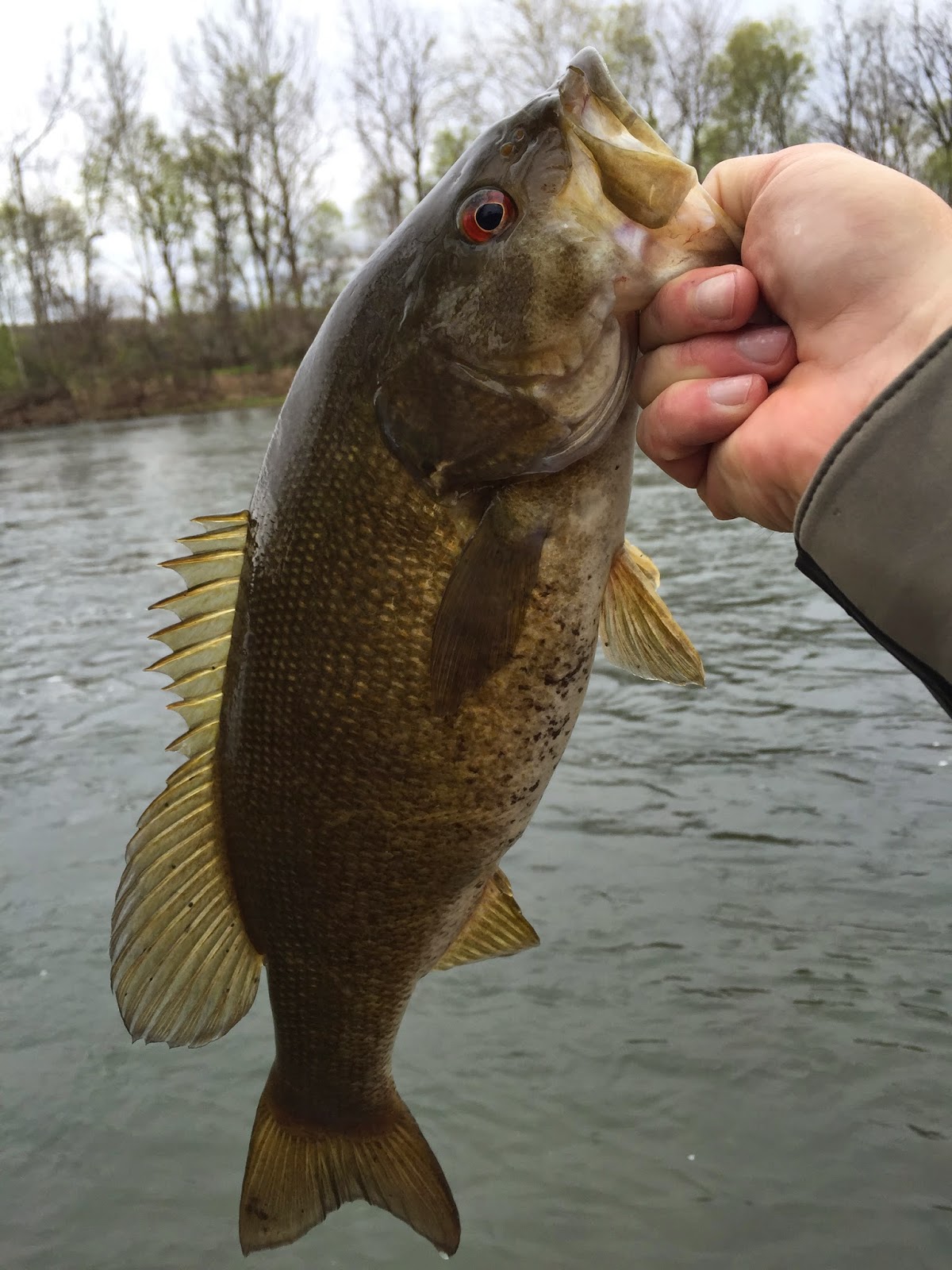 I fished my way up River View Drive on the South Branch of the Potomac in Grant County last Saturday. The air temperature was only in the mid 40's with some light rain. The water was up some but still fishable. I caught 4 smallies and a mountain trout. The brookie and two of the smallies where came off of Joe Fly elites spinners. The other two smallies came off of tubes. The biggest smallies was 18 inches. The South Branch is a fun place to fish even early on in the year. It has a good numbers of fish and water that is swift but easy to read.
Posted by MAD APOTHECARY

Greg, Jamie and I fished Dan Hale reservoir for 5 hour on this Saturday. The weather was great but the fishing was tough with a capital T. The water was 62 degrees and there were bucks cruising in places up shallow, but they were not interested in our soft plastic offerings this day. I land one LMB and Greg got one and that was it. We talked to several other boaters and they were all fighting to get the dog collar off their necks save a few stocked trout that were being caught. It always seems like Dan Hale is a few weeks behind other lakes in our area. We hit Angelo's pizza on the way back had some awesome calzones.
The funny part of Saturday's fishing was a conversation that went like this.......

Jamie.."Hey that guy on the other side of the cove has a dog with him in his bass boat. No he has two dogs! They both look like weimaraners".
Me..."He only has one dog."
Jamie..."Are you sure"?
Me..."Yeah I am sure. I saw them unload and launch the boat this morning. It is him, his dog, and his girlfriend."
Jamie...."I don't know who should be more embarrassed me for saying that or him for having a girlfriend who when she wears a ballcap looks like a weimaraner"?
Posted by MAD APOTHECARY

JRock and I fished out of the Crawdad for 4 hours at the water lake. The weather was great. We managed to catch 3 bass. Jarod caught 2 and I caught the one seen in the picture. We saw 3 different gobblers strutting around and puffing up close by which was cool. 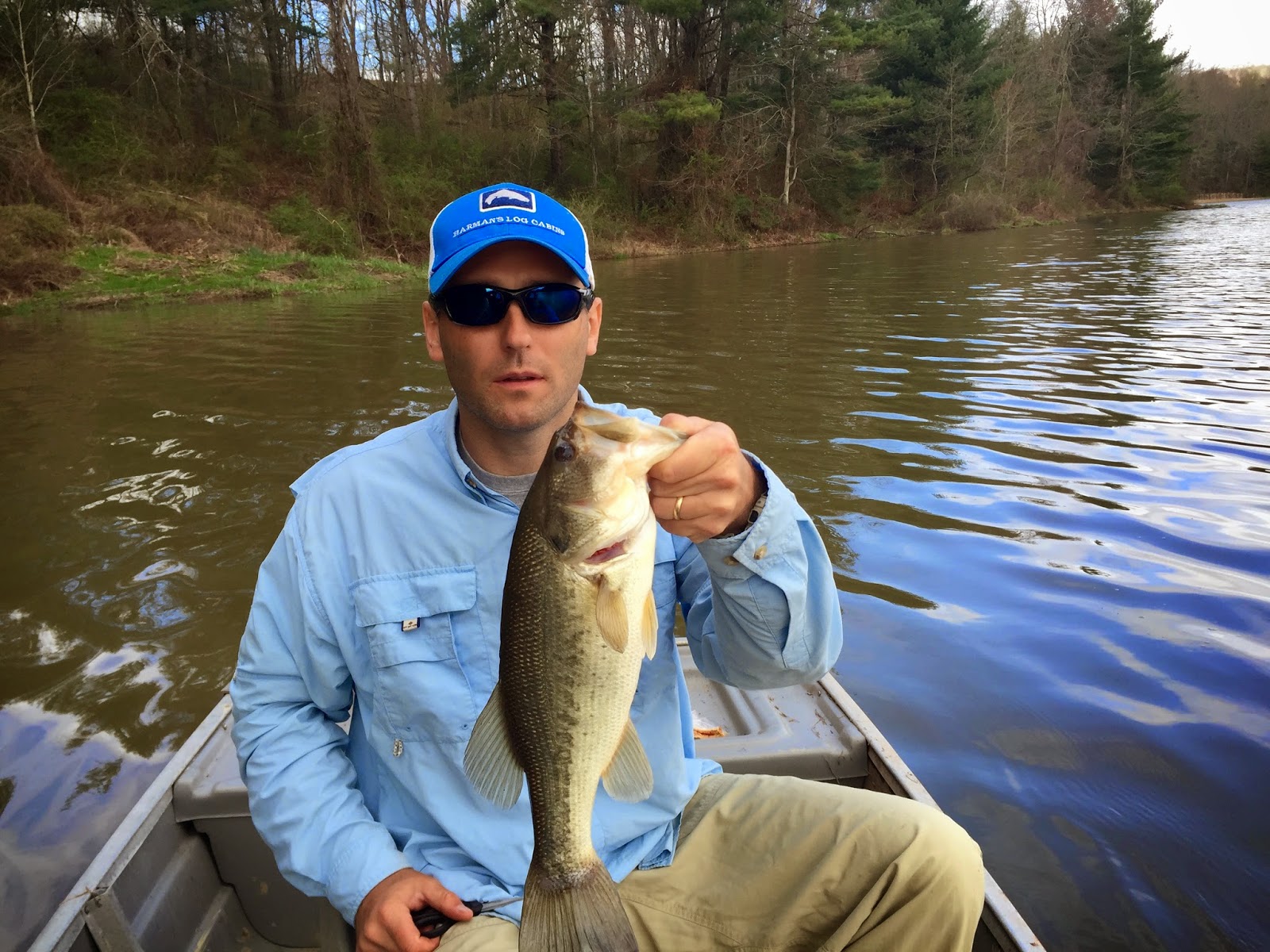 Greg and I tried the water lake this afternoon. The wind blew pretty steady and prevented us from finesse fishing slowly with shakey heads like we had planned. We did catch some fish up shallow on moving baits. I caught 3 on a chartreuse in line spinner and Greg caught 2 on a swim bait. All five bass we caught were up really shallow. The water temp was 59 to 60 degrees. 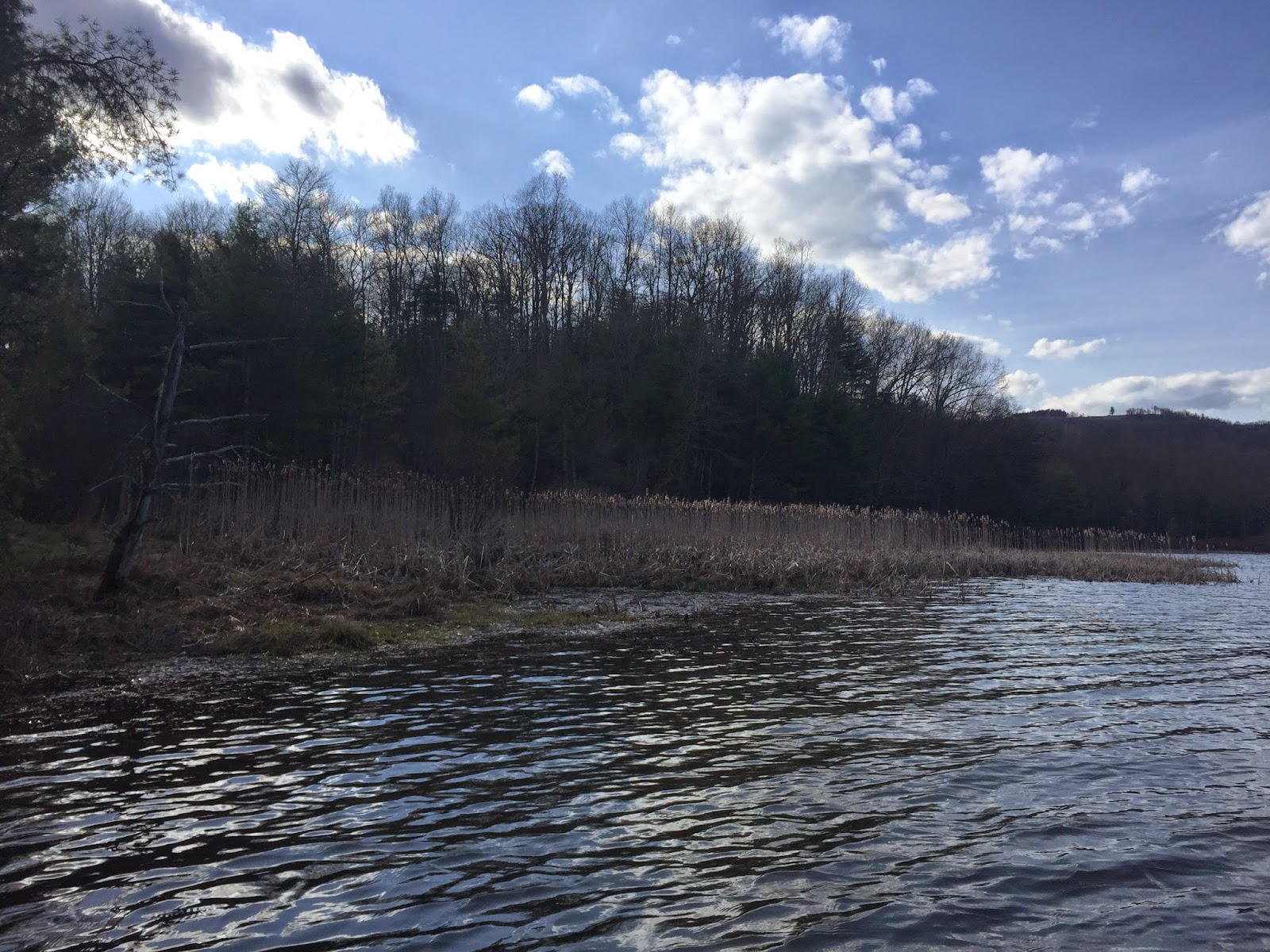 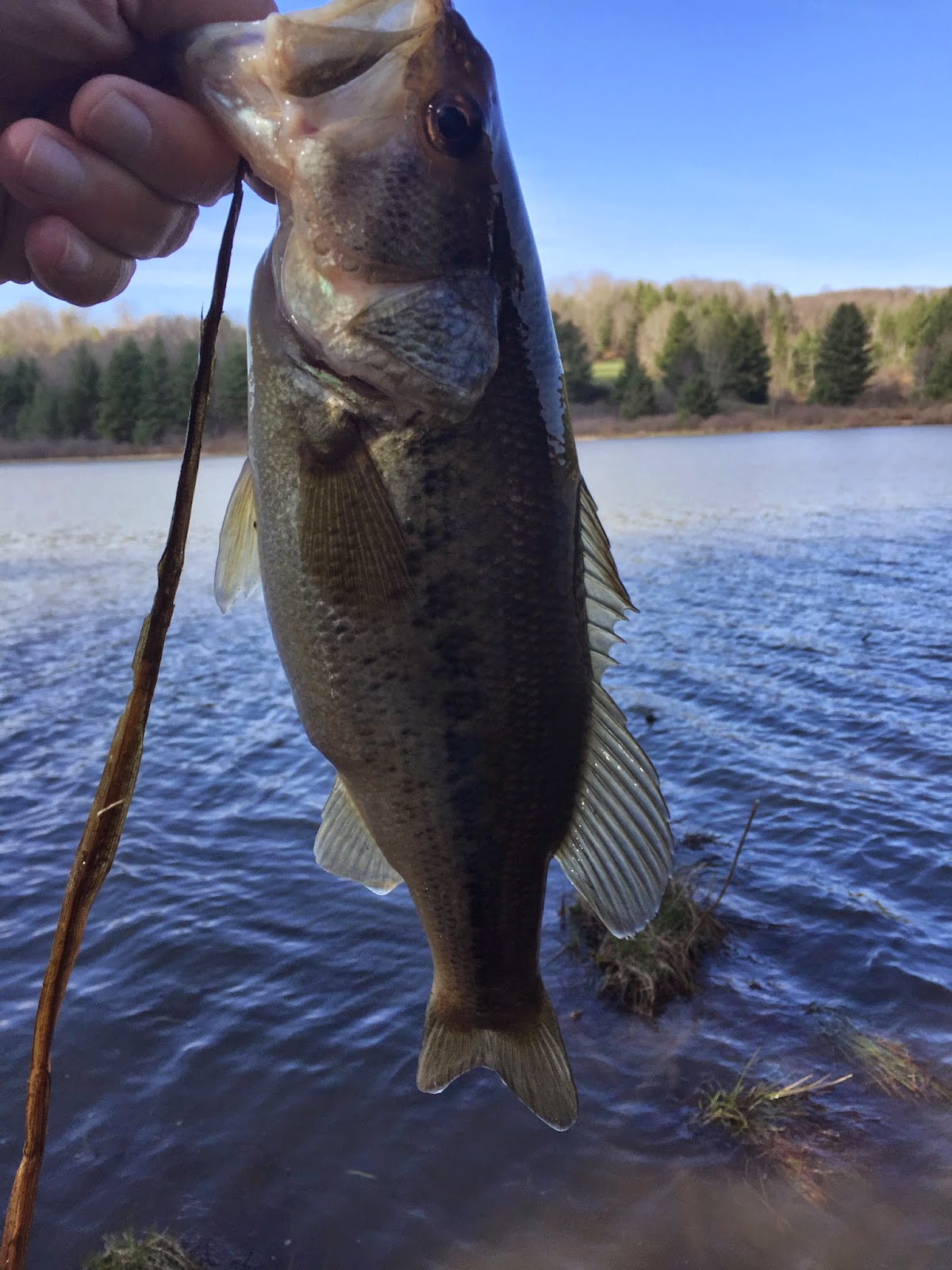 Joe and I attempted to crappie fish Bluestone lake today. The water was muddy and 55 degrees. I had one hit an missed it. Joe caught 3 channel cats. We landed no panfish on this day. 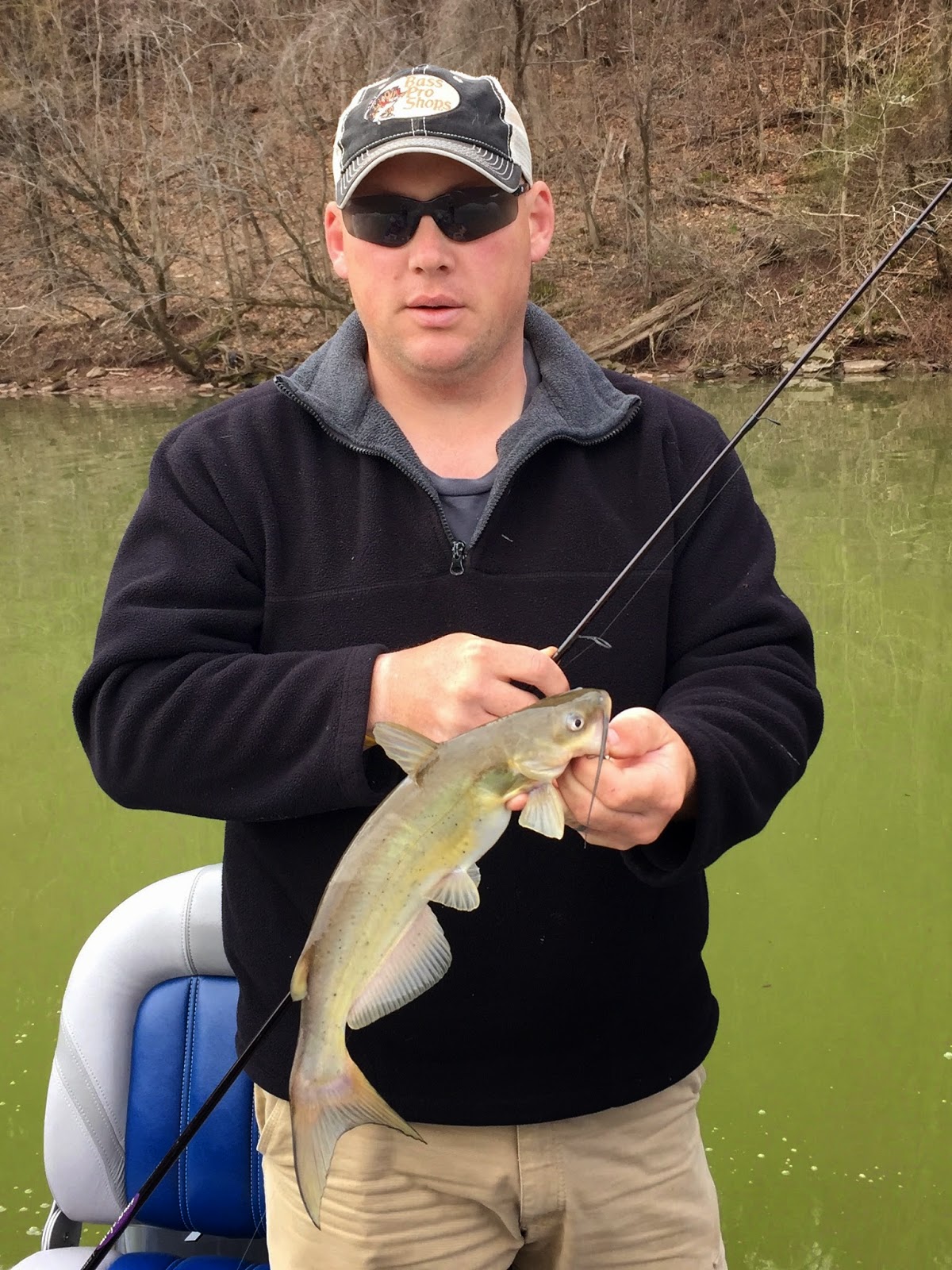